The H-1B is a non-immigrant visa/ status that allows one to work in the United States. It is employer-sponsored, however applicants can have a company they fully own, petition for an H-1B (under certain circumstances the owner and the company are treated as separate legal entities). There must be a valid employer-employee relationship between the petitioner (employer) and applicant, and the H-1B does require the employer to pay the employee at least the prevailing wage for the position. The position must be a specialty occupation, meaning that only one with at least a bachelor’s degree in a specific field of study can carry out the duties of the position. Over the years USCIS has placed varying degree of scrutiny on the specialty occupation requirement. While it is generally not an issue for engineers, physicians, scientists and other academic, medical or research positions, some business, IT and management positions have received additional inquiries from USCIS on the relationship of the position to the employee’s degree.

The H-1B can be full-time or part-time, and one may have multiple H-1Bs simultaneously (a common scenario is a physician in training in one program who also moonlights for an outside hospital).

Although one is limited to 6 years of H-1B time, a timely filed labor certification or immigrant petition (I-140) will allow for at least an additional year of H-1B time. If one has an approved I-140 and is unable to adjust status due to the retrogression in priority dates, the H-1B can be extended in three (3) year intervals beyond the initial 6-year term.

Most professionals have to go through the H-1B lottery, in order to be counted towards the H-1B cap, which is a limit on the amount of new H-1Bs in a given year. The H-1B capped at 65,000, with an additional 20,000 reserved for those who have earned a US Master’s degree or higher. Registration for the H-1B cap lottery opens in March for at least 14 calendar days (in 2021 the H-1B registration period opened March 1st and closes March 25th), and USCIS notifies if one is selected for the cap by the end of March. If selected, the employer can file an H-1B for the potential hire, with a start date of October 1st.

Being counted towards the H-1B cap provides a great deal of flexibility for future positions, in that a future employer does not have to go through the lottery.

Cap-exempt based on work location and nature of duties (a private employer of any size can sponsor such a petition) must show that the beneficiary (employee) will:

Cap-exempt based on the previous status/ employment of beneficiary (employee):: 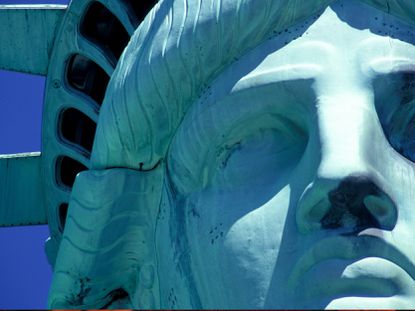 The treaty investor visa is a great option for those who are looking to start a business in the United States.

Companies in the US who also have an affiliate, subsidiary or other related company abroad, is allowed to transfer certain employees to the US company.

Perhaps the most coveted of all immigrant petitions, the EB-1A does not require the offer of employment.

An immigrant petition in the EB-2 category that waives the requirement of a job offer.

Non-immigrant visa/status that allows one to work in the USA.

The Labor Certification, also commonly referred to as PERM, is the process by which an employer sponsors an employee for an immigrant petition.

Some J-1 professionals are subject to the two-year home residency requirement, and require a waiver before being able to apply for an H-1B, or adjust status to a permanent resident.

Immigration through a qualified family member requires an I-130 (petition for alien relative) where the familial relationship has to be established.

We will call you back shortly